As part of our learning about life in Great Britain, Hollydale held their own mock election on Thursday. The children watched Newsround clips about the main parties and then were taken to the Polling station in the hall to cast their vote. Later that day, after the polls had closed, Y6 pupils counted the votes and acted as Returning Officers to announce them to the school. The winner of our general election was Labour with 120 votes.

Here are some of the thoughts of the children:
On Wednesday 7th June Year 5 learnt about the General Election and why Theresa May broke the 5 year rule. The General Election is when you vote for the next Government if you are 18 or older and if you have lived abroad for less than 15 years. It was called a snap election because it is supposed to be every 5 years but it got cut to 2 years.
Tomi, Year 5

I know that the Conservatives have the most seats in Parliament, but no one has won so that means it is a hung parliament. I want Labour to win because Jeremy Corbyn said he would let people age 16 and over vote and he said we would not pay for university.
Nana, Year 6

I enjoyed voting in the election, it felt very real because of the way the polling station was set up. It was a very hard decision because a lot of parties seemed really good. We watched videos with lots of information about the parties.
Hawa, Year 4 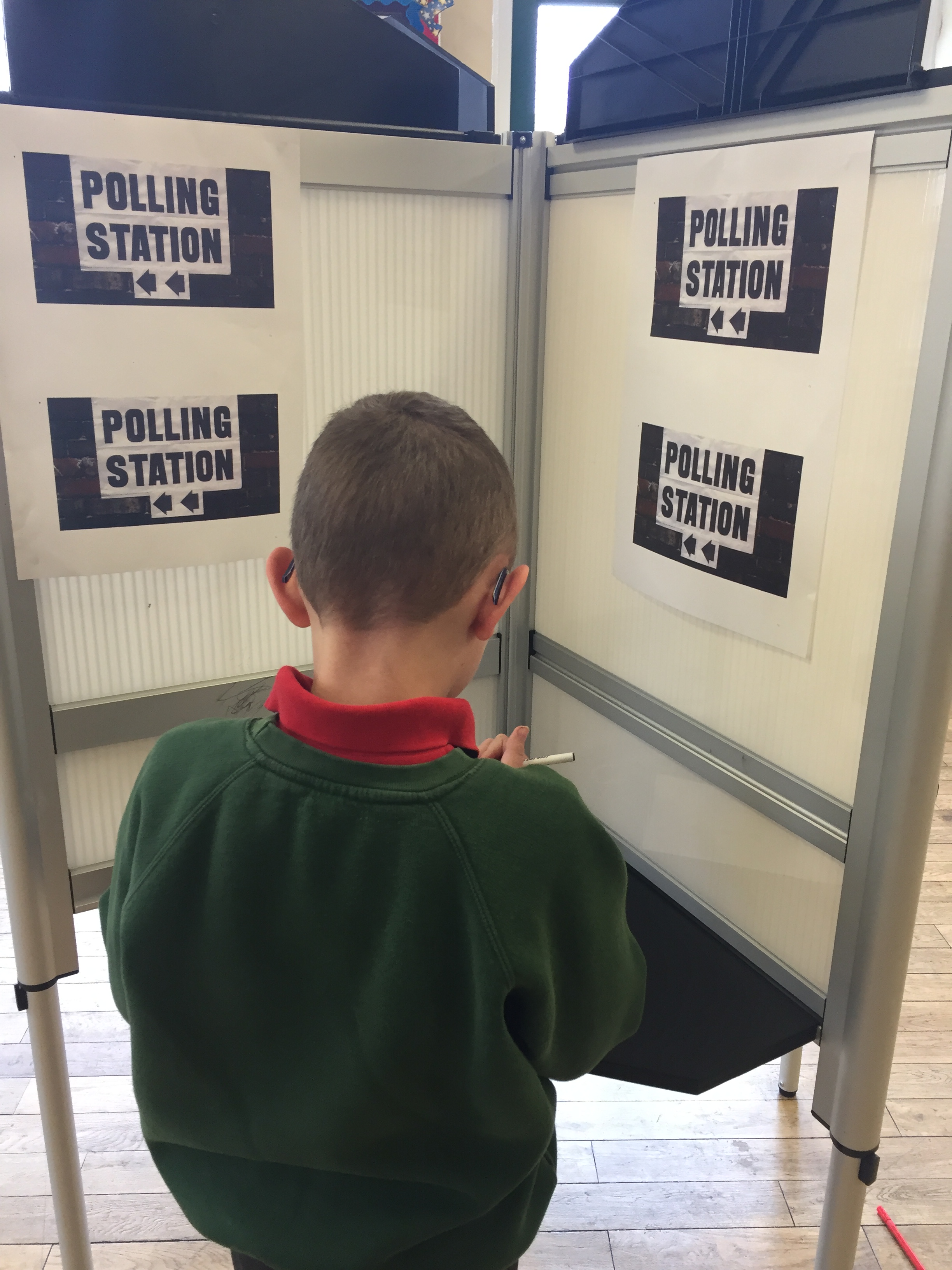 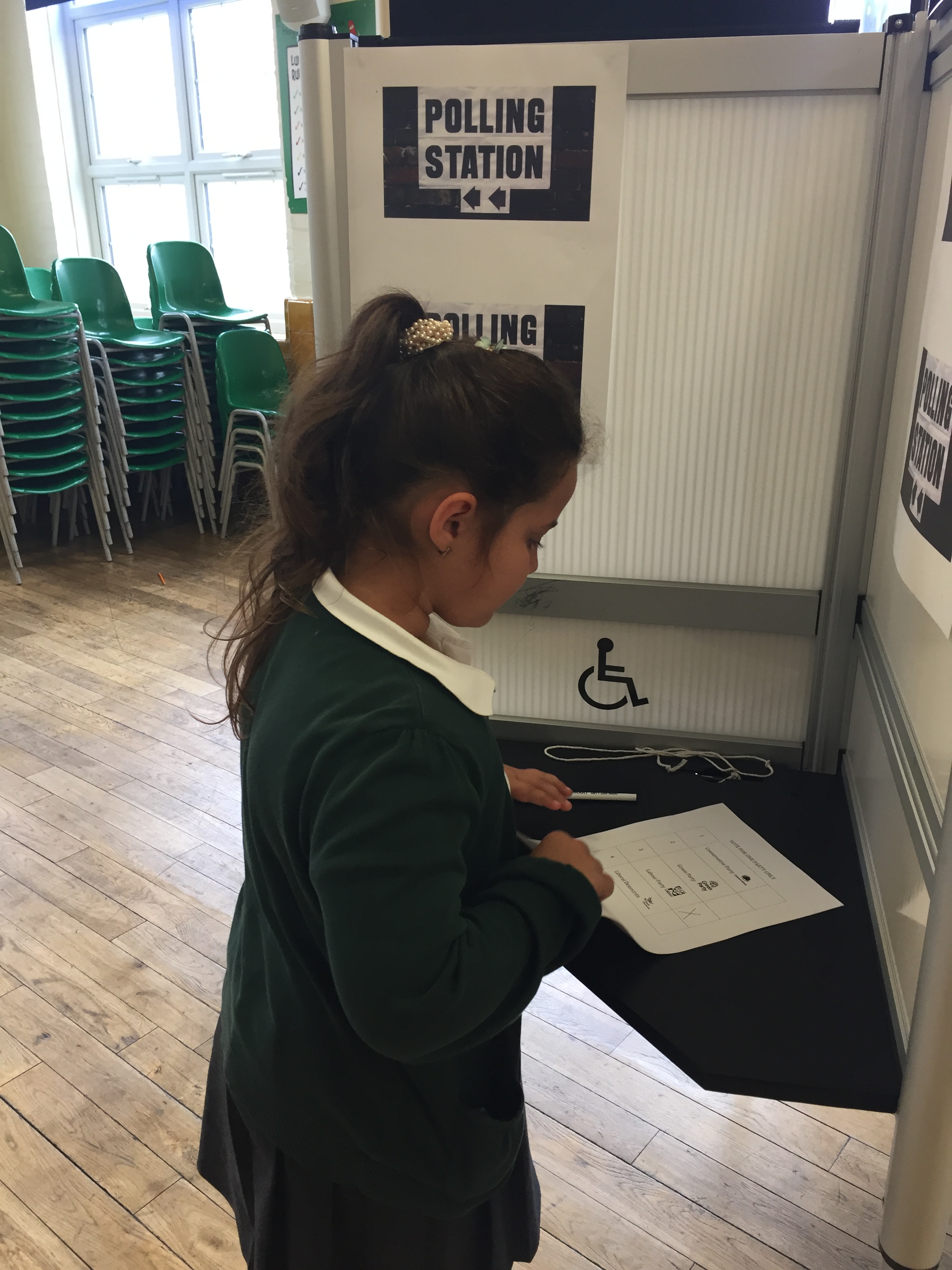 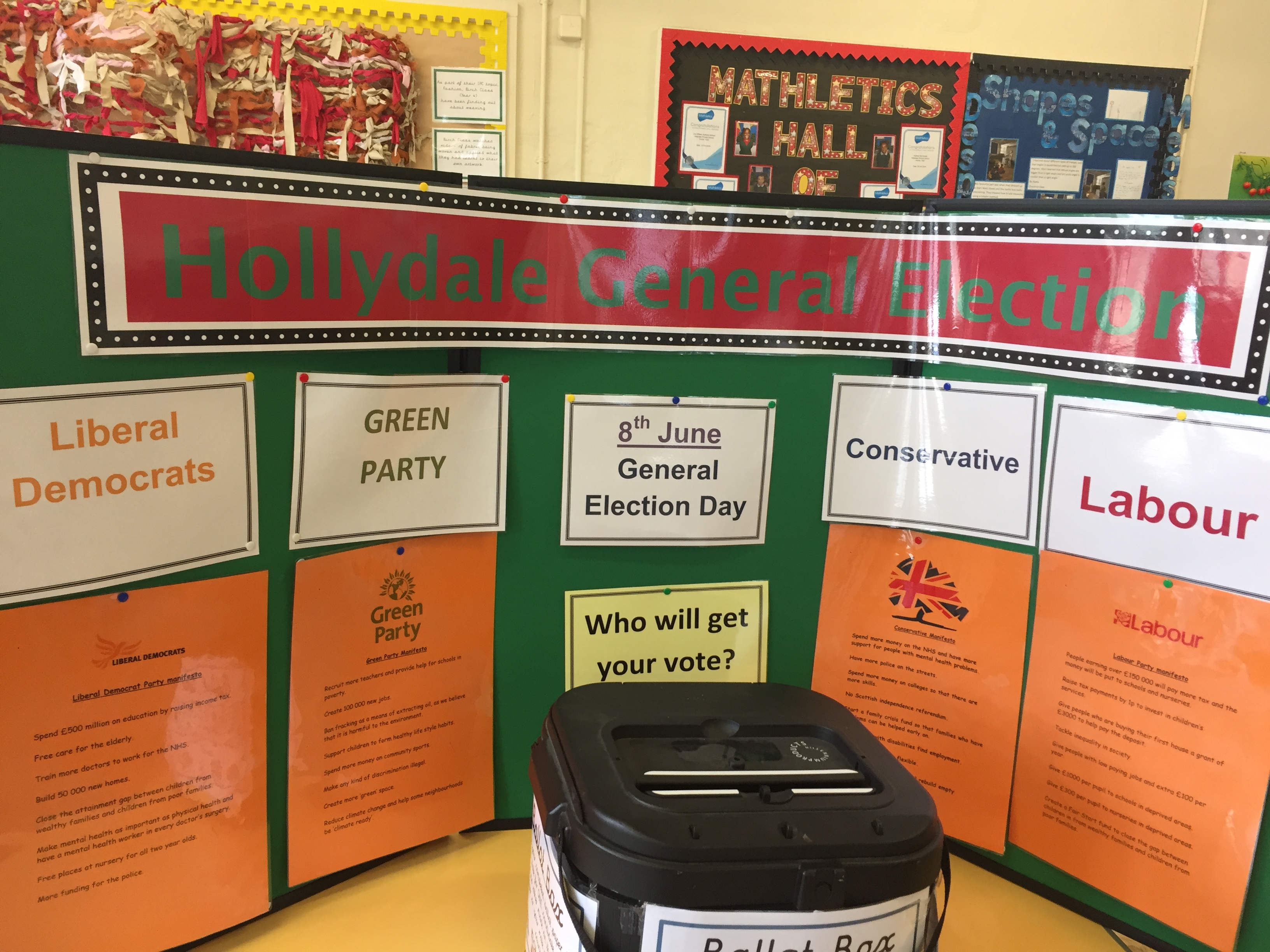 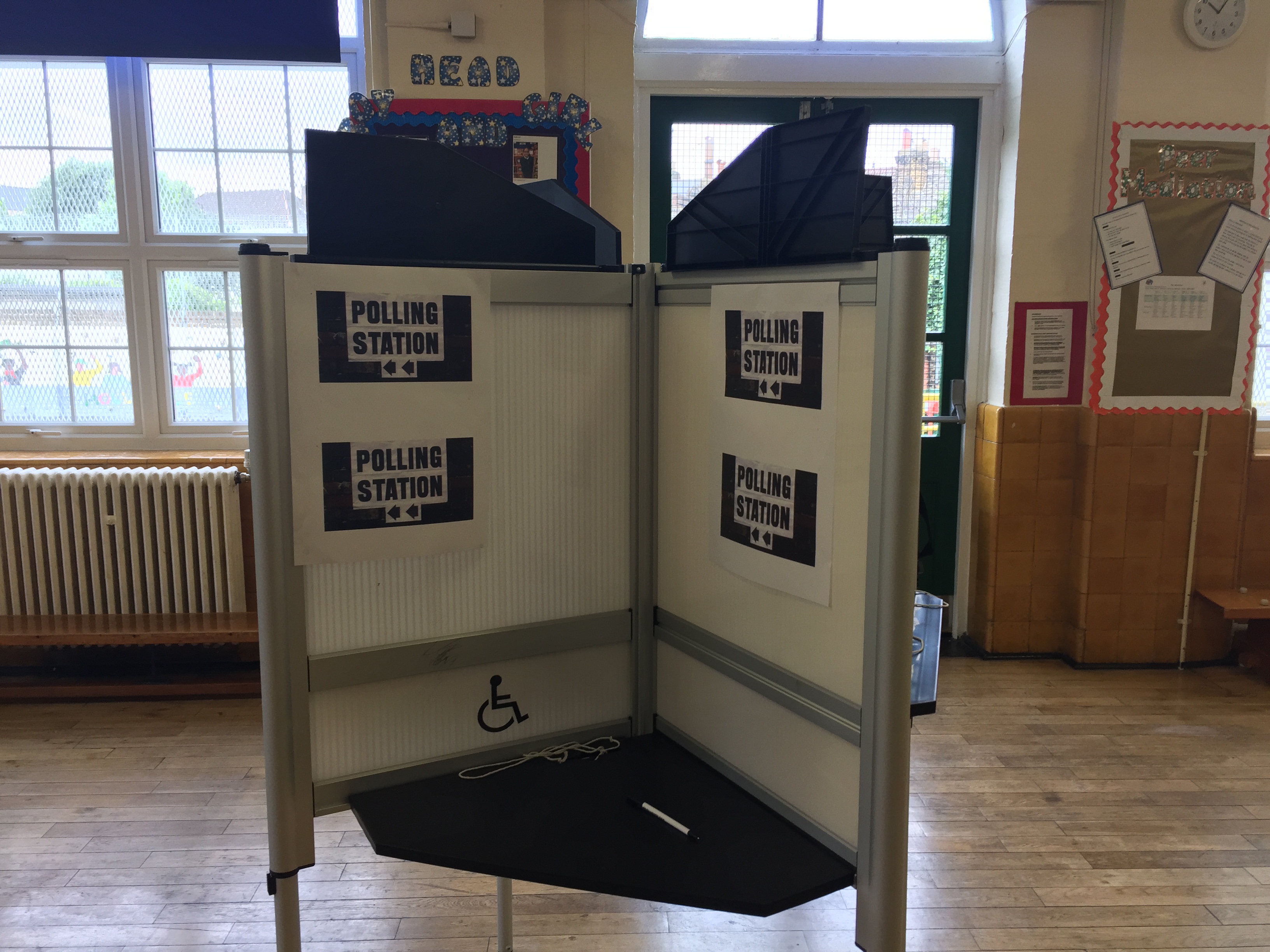 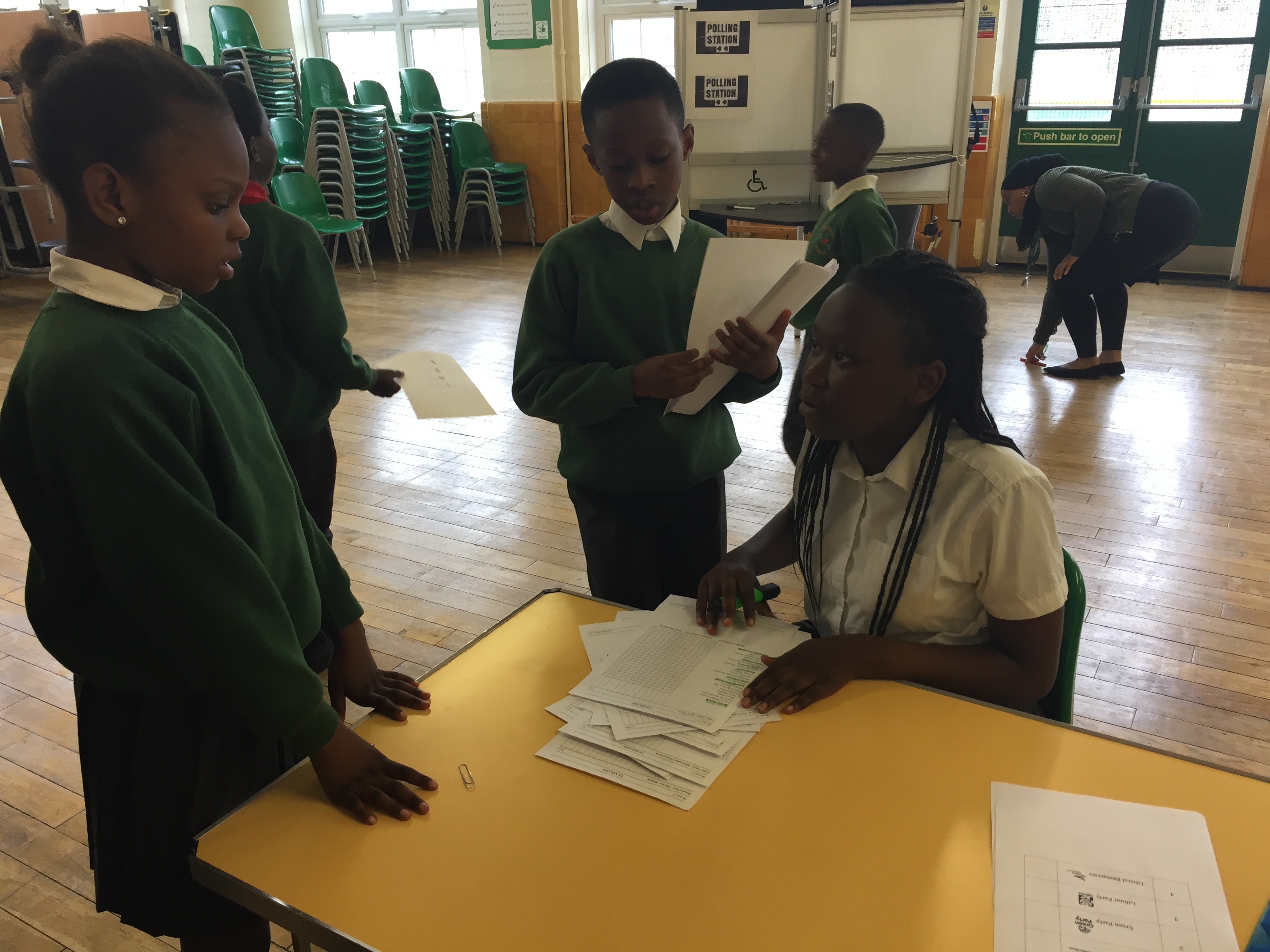 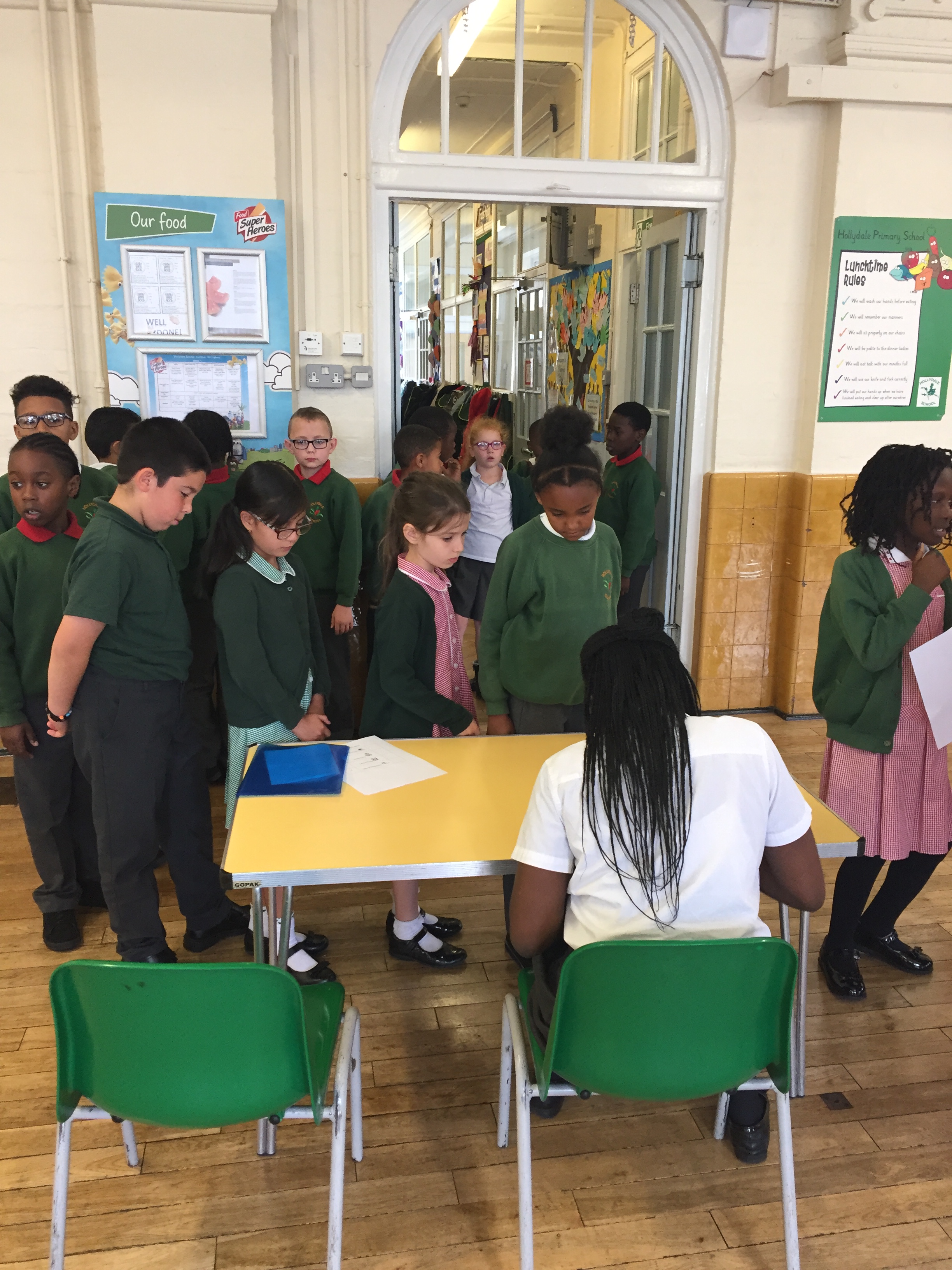 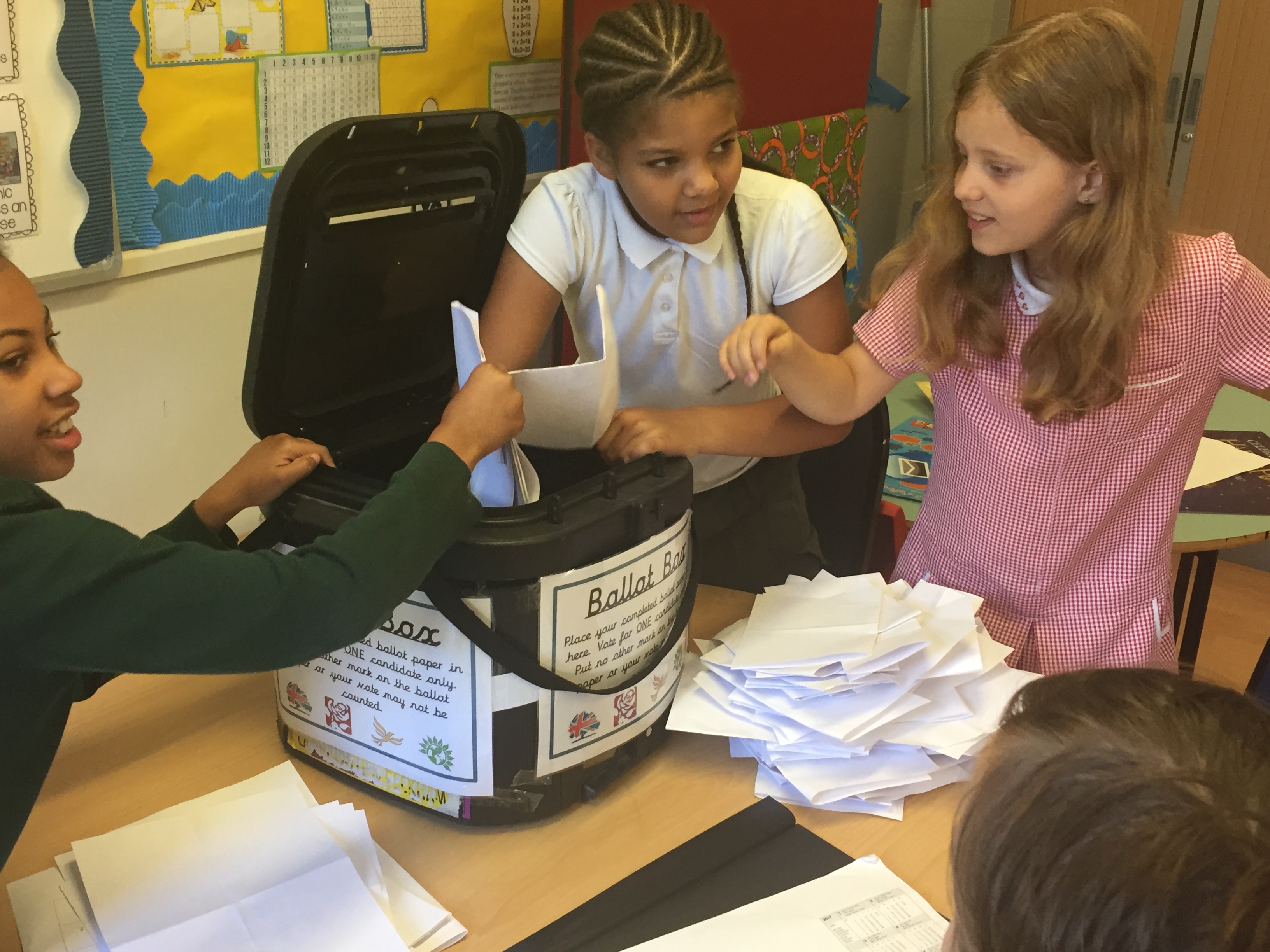